Although the Registers were at one time available for viewing at Doncaster Archives, once The Data Protection Act of 1998 came in, this was no longer the case. The Register was ‘closed’ to the public and taken off the shelf. In the case of Doncaster Metropolitan Borough Council the time for ‘closure’ is 70 years. Only personal information is now accessible to the individual and about any proven deceased former pupils. For this there would probably be a fee.

In 2011, a small group of PJGS alumni clubbed together to buy photocopies of the Admission Register from 1946 to 1968. Permission for this was given to include the pupil’s name/year of entry and West Riding number only; on condition they would not be passed on until they had been transcribed into alphabetical order. This has taken a long time due to a confusing manner in which some of the years were recorded.

The transcribers of the Registers cannot be held responsible for any errors or omissions in the PJGS Admission Registers.

The registers are available below in PDF format. If Your computer does not include a programme for viewing PDF files you can download the free Adobe PDF viewer via the free link below:

Double click on the registers below to open them:

We  often receive enquiries regarding the school’s honours boards, “do they still exist?” And if so “where are they?”.

At the time of the school demolition we managed to locate them in a garage located near to the 1960’s (Adwick School) buildings, as far as we know this is where they still reside though we have no further details. Over the years several members of the council, the academy and senior staff all promised that when the new school was built the honour boards would be incorporated in some way, possibly as part of a memorial wall display. I myself was personally assured that they were so keen to preserve certain items that should nobody else do it, staff would come with cutting gear to remove items from the school. In the end apart from myself and a few other ex-pupils nobody did anything to salvage items from the school. Some of these items were given to the academy and nothing has been heard of them since. There appears to be no enthusiasm whatsoever on the part of the new academy to produce any lasting memorials and unless this situation changes the outlook for the survival of the honours boards looks bleak. At the time I was allowed access I managed to take a few photographs but due to the poor lighting and cramped conditions these images were less than ideal, but I have decided to place them below so that interested parties can view them. 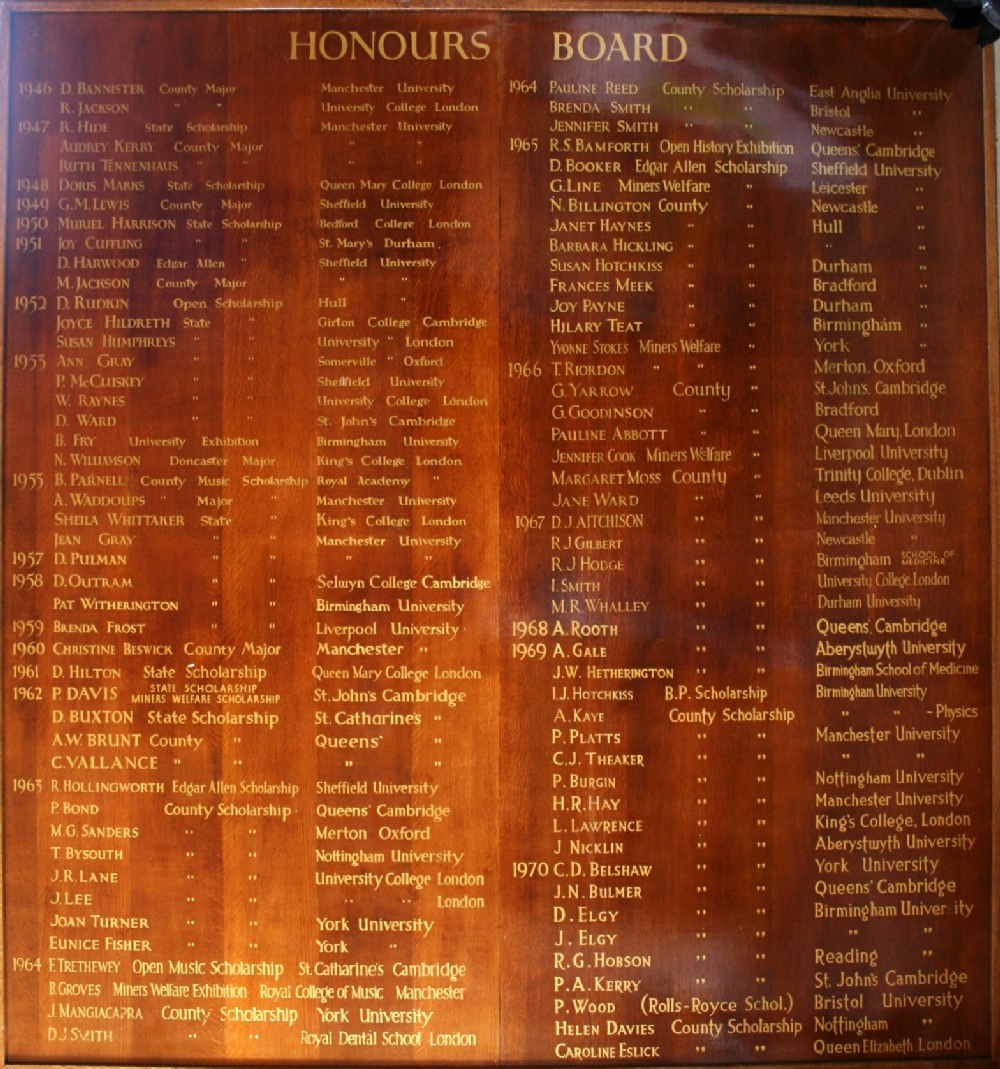 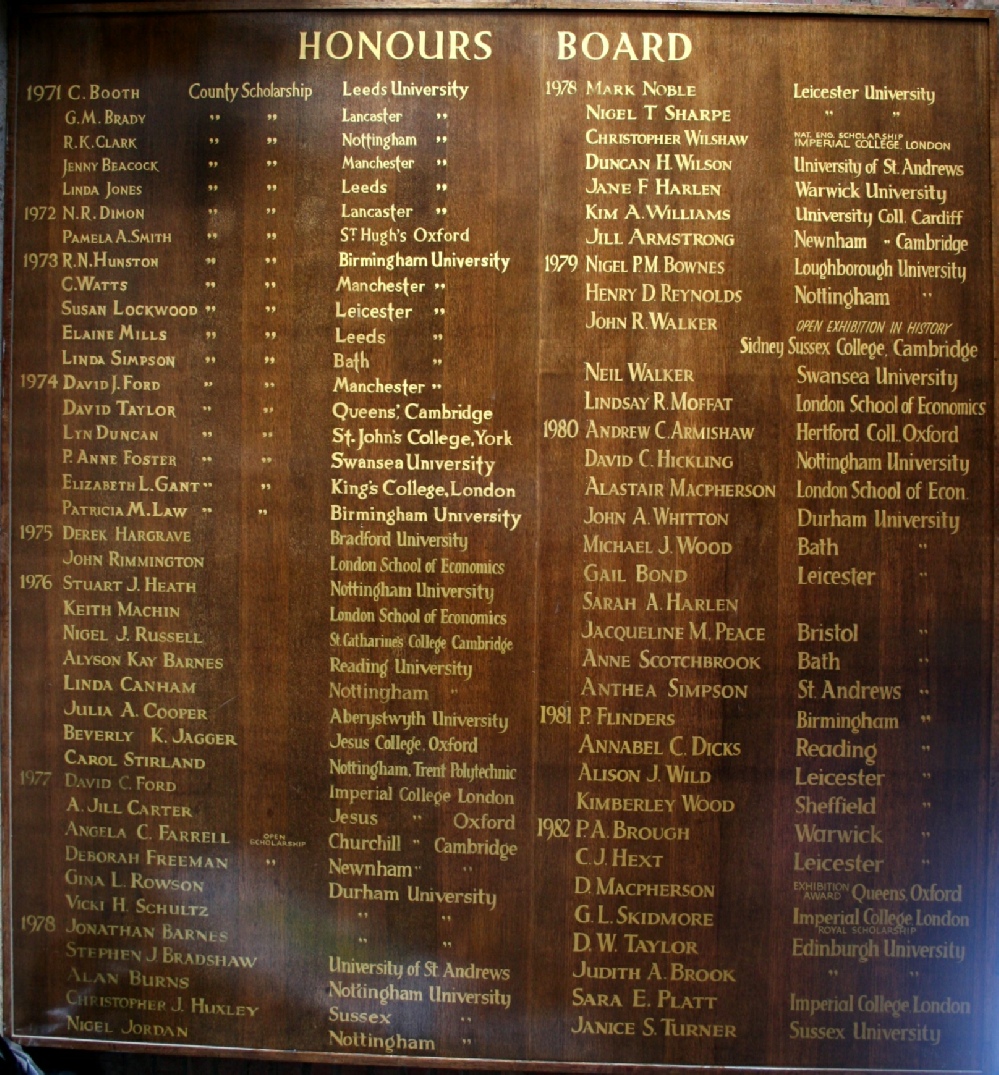 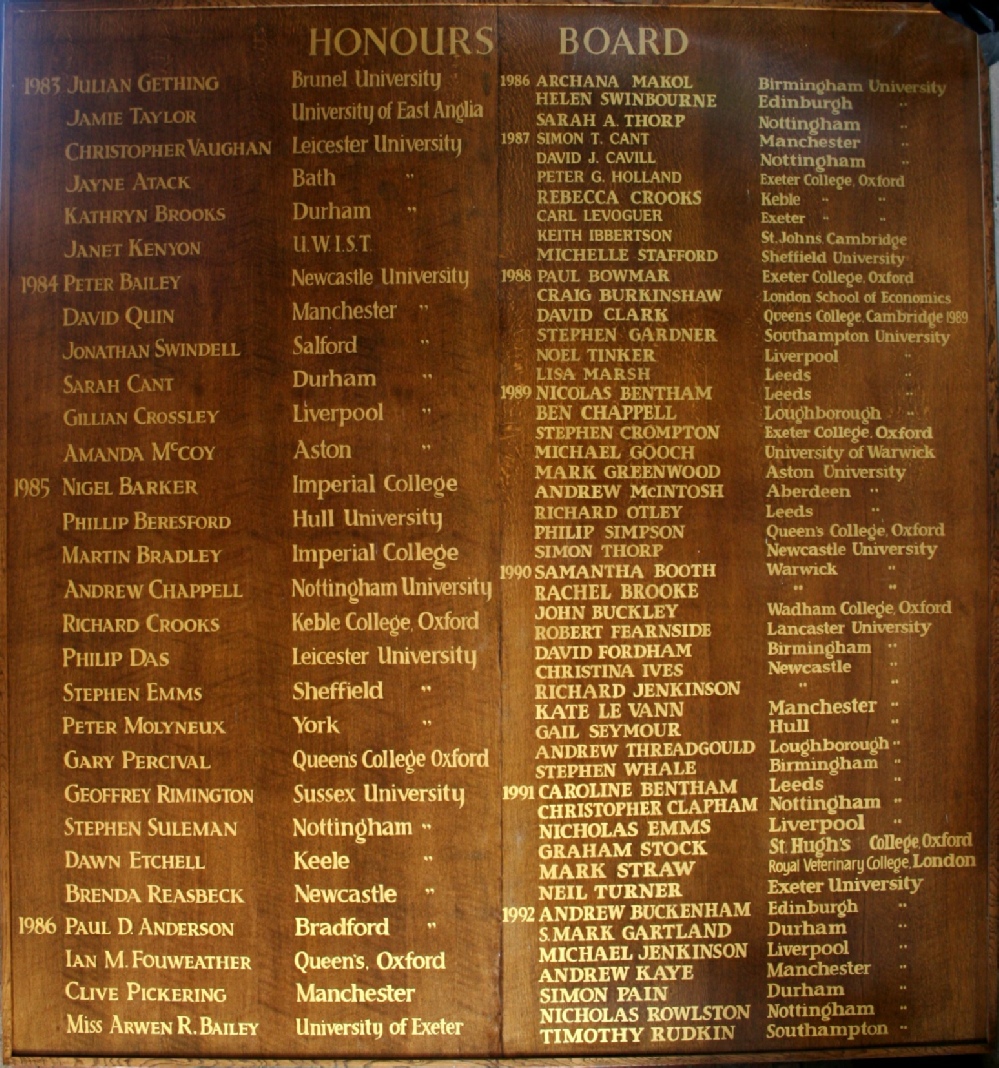 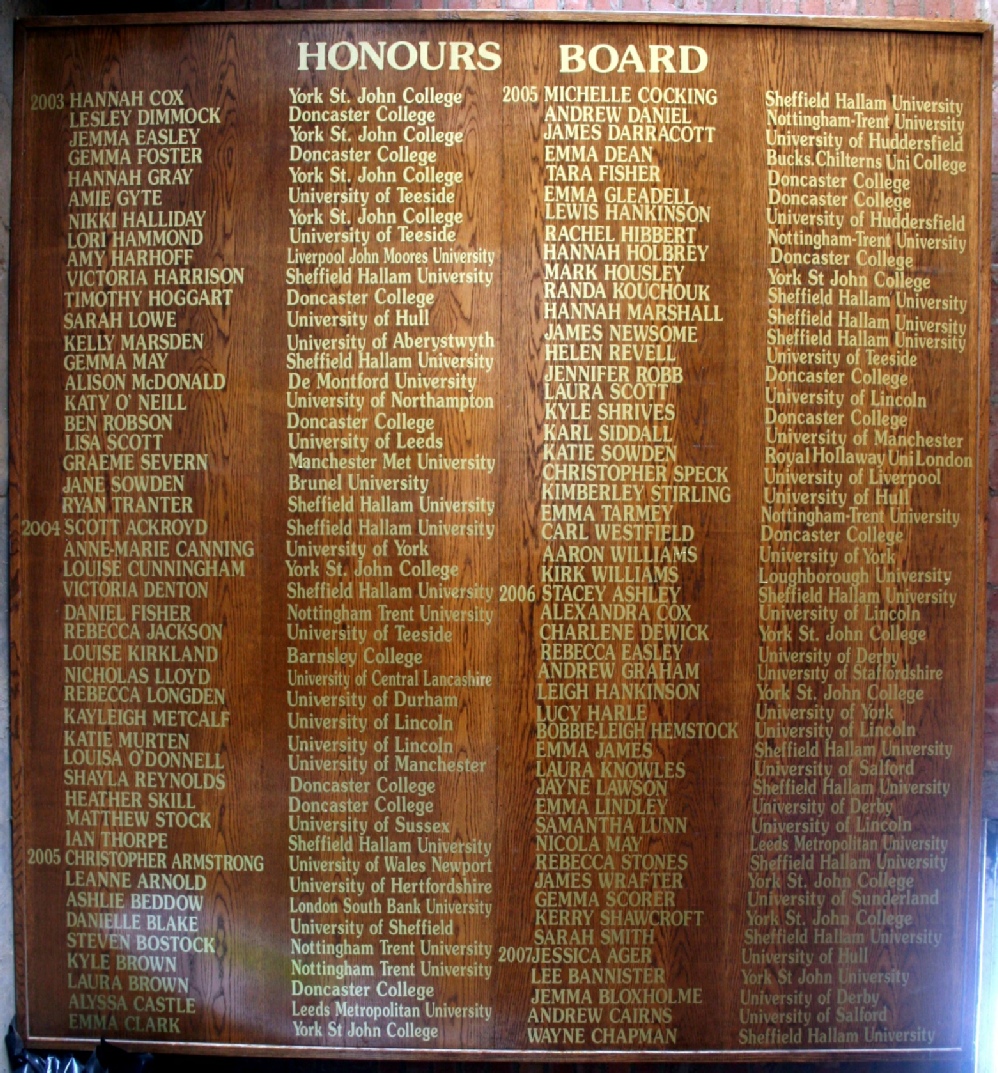 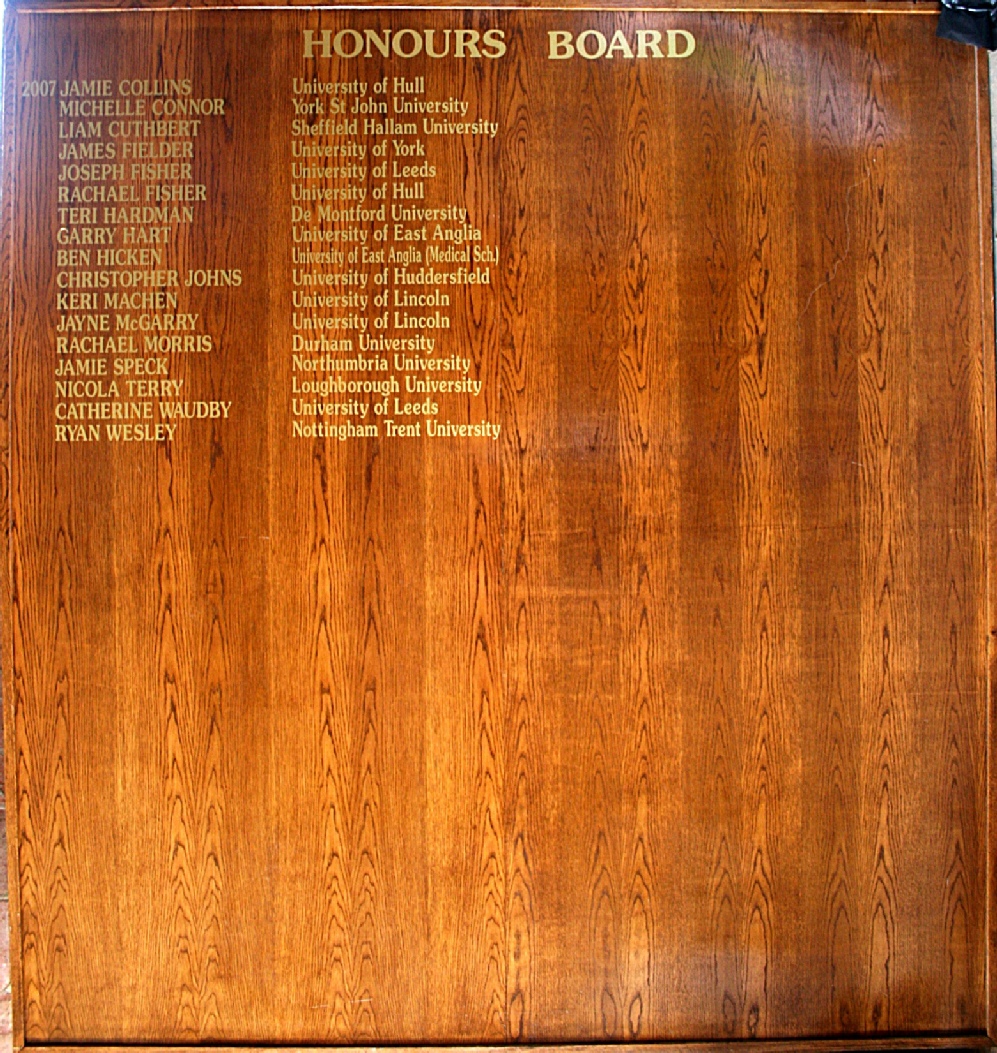 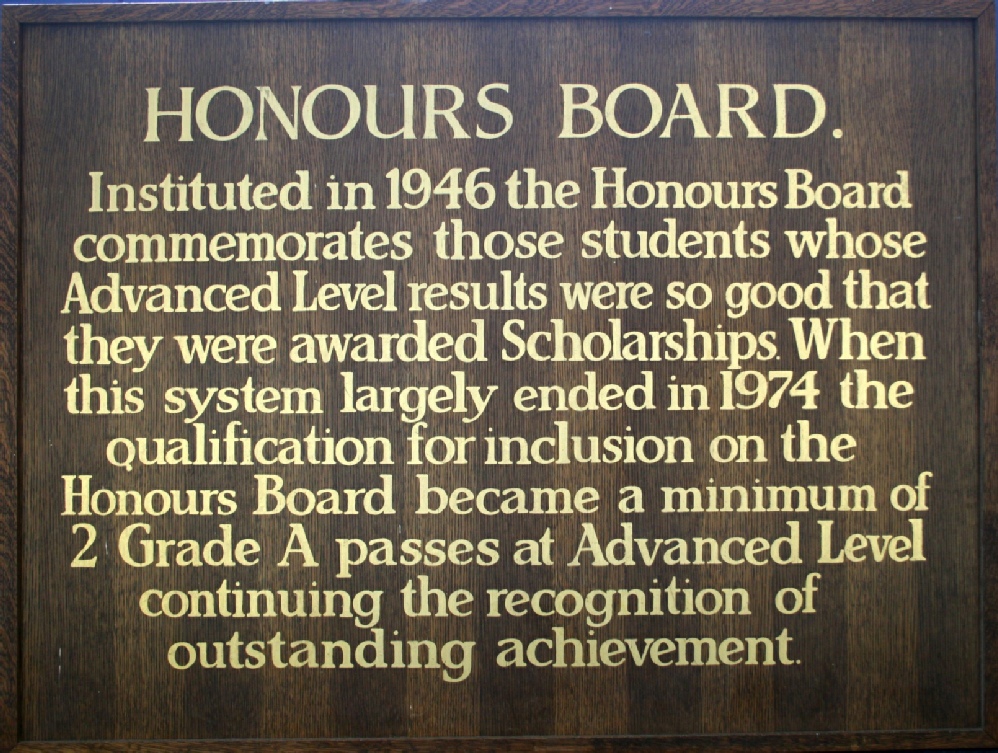